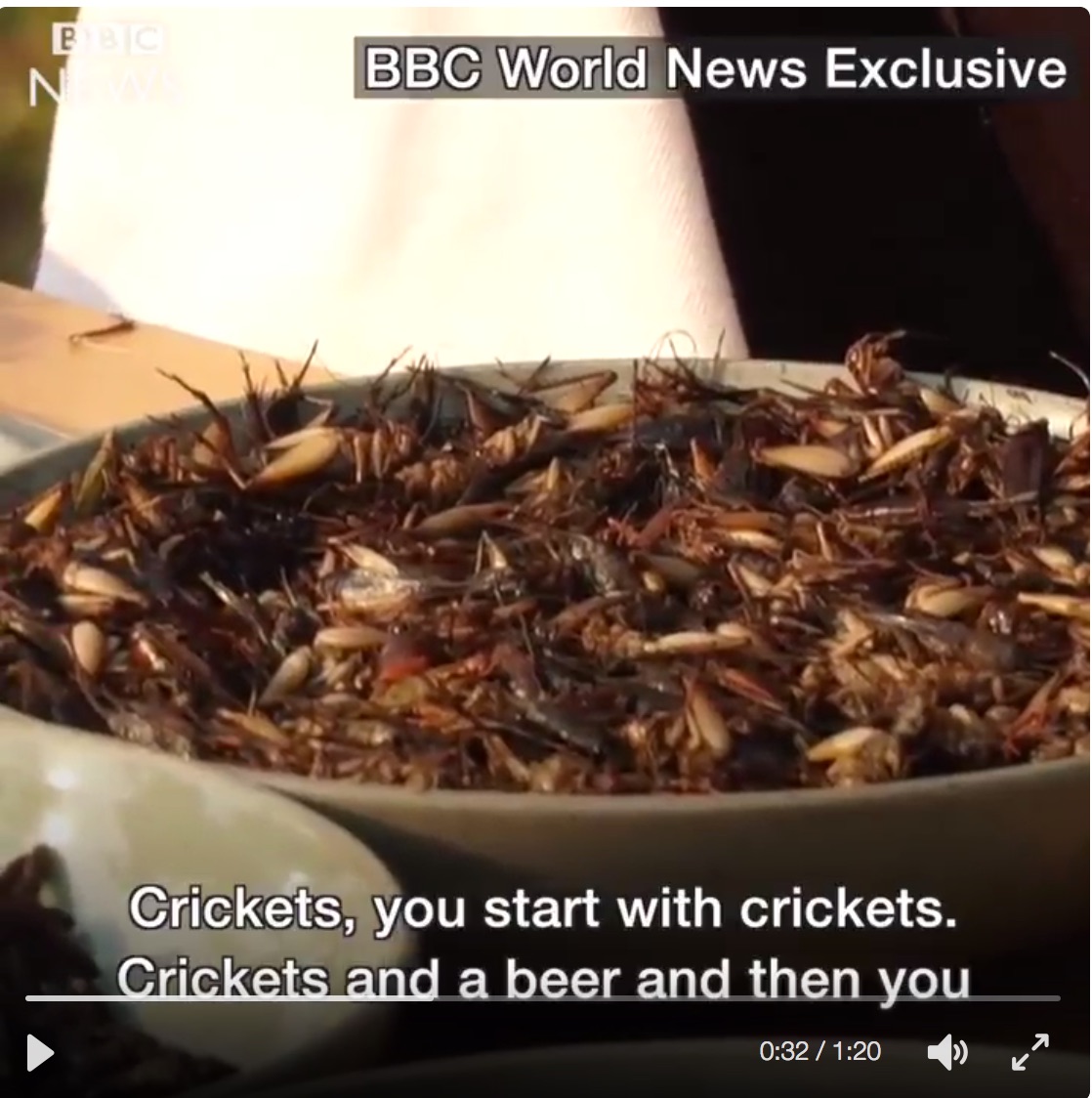 There aren’t many quotes that I remember but I know that Angelina Jolie’s “Start with crickets and a beer” quote will be one that will stay with me. I might even get it created into one of those inspirational photos that I can put on my wall like the the courage pictures in some of the offices I have worked in.

Angelina has long been a fan of adding insects to her and her children’s diets but it was during the Cambodian premier promotions for her new film “First they killed my father” that she was filmed by the BBC preparing insects to eat.

The Netflix film is based on the 2000 book First They Killed My Father: A Daughter of Cambodia Remembers by Loung Ung and is a personal account of her experiences during Pol Pot’s Khemer Rouge reigme. When the Khmer Rouge entered Phonm Penh in 1975 Ung and her family had to flee their home and in order to survive the family had to split up with Loung becoming a child soldier.

During the video Angelina is states how she first tried entomophagy when she first in the country and is shown preparing a tarantula along with some other bugs but when asked how you would get into Entomophagy she replies “Crickets, you start with crickets. Crickets and a beer and then you kind of move up to Tarantulas”.

I couldn’t have said it better Angelina, and we hope you are interested in giving crickets a go and we think our Honet and mustard ones are the perfect starting place…as for the beer I prefer a craft ale or a bottle of dog but I won’t hold it against you if your a larger drinker.